Ellyse Perry is arguably the most talented all-rounder women’s cricket has ever seen, writes Melinda Farrell on one of Wisden’s Five Cricketers of the Year, as picked in the Wisden Almanack 2020.

Perhaps the only surprise about Ellyse Perry’s inclusion as one of Wisden’s Five was that it had not happened before. Since becoming Australia’s youngest debutante in 2007, aged 16, she has so often played a pivotal role that it is easy to take her for granted. Whether opening the bowling, batting at No. 4 or shining in the field, she has made the exceptional seem routine.

The seventh female Cricketer of the Year was the first from outside England. The 2019 women’s Ashes provided a typical snapshot of Perry’s dominance, the multi-format nature of the series an ideal vehicle for showcasing one of cricket’s great all-rounders. During Australia’s 3–0 whitewash of the one-dayers, she bookended a stylish half- century with two outstanding bowling performances: three for 43 at Leicester, followed by seven for 22 – Australia’s best one-day figures, and the fourth-best overall – as she scythed through a deflated England at Canterbury. In the Twenty20 matches, she excelled once more, taking two for 11 at Chelmsford, before notching 47 at Hove and 60 at Bristol, both unbeaten.

In between those two sets of games, Perry was named Player of the Match in the lone Test, at Taunton. It’s just a shame this was only her eighth: she appears to revel in the extended fight. In her seventh, against England at North Sydney Oval in November 2017, she had scored a marathon 213 not out. At Taunton, she made 116 and 76 not out in a display of patience and technical mastery, leaving her with a Test average of 78. All her batting figures over the past two years include a lavish number of asterisks; the question of how to capture Perry’s wicket hovers over all her opponents.

It is difficult to overstate the quality of her Test batting, especially as women play little multi-day domestic cricket: the red ball, Kookaburra or Dukes, is a novelty. Watching her conquer it, whether bowling or batting, was one of the delights of the season.

“I love the challenge of spending a lot of time at the crease, and going through different periods while you’re out there – those tough spells of bowling you’ve got to face,” she says. “We all really enjoy the opportunity to play those Test matches. They’re the pinnacle of our sport, particularly with the Baggy Green being involved. It’s such an important symbol of Australian cricket history, so it’s a huge honour and thrill when those matches come around.” 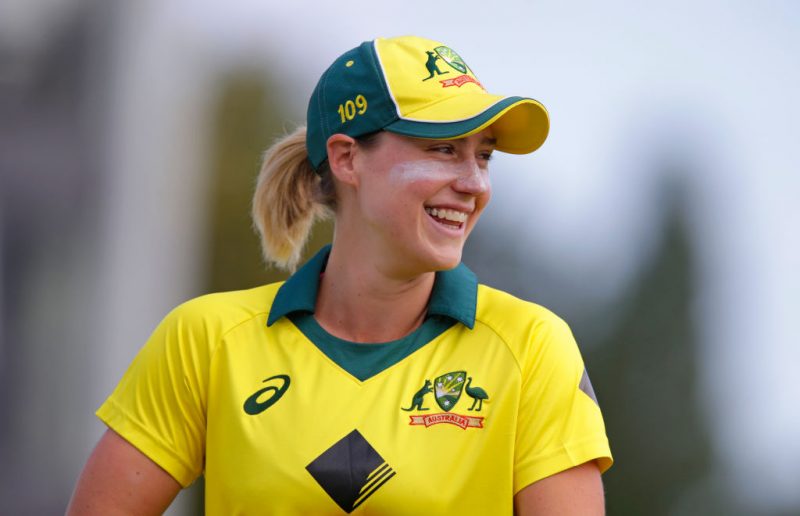 Perry’s batting last summer also illustrated her development. She has always played in the classical mould, solid in defence and proficient in the V. In the shorter formats, she often started conservatively, then accelerated. And while she still relies on technical skill, she has grown more aggressive, especially in Twenty20: years of strength and conditioning work have endowed her with power to augment her timing. The 2019 model had a more hardened, muscular physique than the lithe, naturally talented teenager who first exploded on to the international scene. “Rather than play the same shot along the ground, I’ve now got the ability to play it in the air. The strokeplay is still similar – it’s probably just at a higher intensity.”

Bowling had been Perry’s first calling card, and it continued to plague England. Top-order batters were chief among her victims but, even when she wasn’t taking wickets, she was showing off a combination of pace (she remains one of the quickest in the women’s game) and nagging control of subtle swing and seam. In recent years, she has captained Sydney Sixers in the women’s Big Bash League, making her even cannier with the ball. Throughout, she has hungered for the thick of battle. Whether turning at the top of her mark, taking guard, or firing the ball back to the stumps, Perry is consistently at the heart of the action.

Ellyse Alexandra Perry was born in Wahroonga, Sydney, on November 3, 1990. Her mother, Kathy, is a GP, and her practice is run by her husband Mark, formerly a maths teacher. Perry’s earliest cricket memory is of trying to work out how to bowl with her father (who played squash for Australia) and older brother, Damien, in the family lounge. Next day, she was bowling in the backyard, and Mark has been her coach ever since. She describes her sport-filled childhood as that of a “typical Aussie kid”. And sport continues to run in the family: in 2015, she married rugby union international Matt Toomua.

A natural athlete, she excelled across the board, but concentrated on cricket and football, eventually representing her country in both; she holds the rare distinction of being a dual-sport World Cup player. Identified as an exceptional talent in her early teens, she vaulted into the Australian side even before she had played a domestic senior match, taking two wickets on debut against New Zealand. A fortnight later, she made her first appearance for the national football team. Despite being a defender, she scored within two minutes of an Olympic qualifying match against Hong Kong. She went on to win 18 caps. 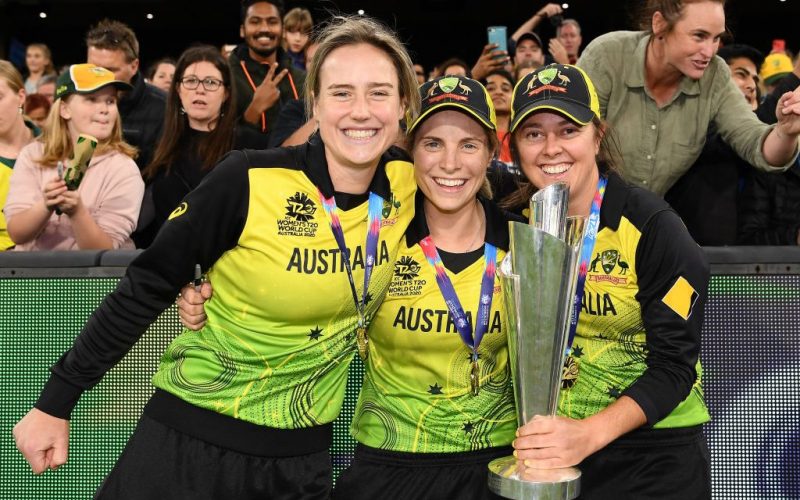 For several years, she juggled them both, before committing to cricket – and featured prominently from the start. Off the last ball of the 2010 World T20 final against New Zealand at Bridgetown, she combined the skills of her two sports to give Australia the trophy: with Sophie Devine needing four to tie, Perry deflected a fierce straight-drive with her right boot to mid-on, limiting the damage to a single. And in the final of the 50-over World Cup in 2013, against West Indies at Mumbai, she overcame an ankle injury, hobbling her way to three wickets, and setting up an Australian victory. She is arguably the most talented all-rounder women’s cricket has ever seen, at a time when increased professionalism has dramatically raised standards.

“The exciting thing is, we don’t know where it’s going to go next,” she says. “It’s probably about trying to keep evolving, to stay in line with the trends.” Can she possibly contribute more? “In everything. On and off the field, as a leader and as a player, with the fans as well. I think you can always be a better person in any environment. You can always be a better player, too.”

Ellyse Perry is only 29. It is sobering to imagine what her thirties will bring.