Scott Oliver meets three Ealing CC legends Bob Fisher, John Lindley and Alan Price, who, after debuting together in 1955, were still playing alongside each other 50 years later. First published in Wisden Cricket Monthly.

Fisher, Lindley and Price. It sounds like the name of a City accountancy firm, apposite given the number-crunching skills required to tally up all their runs, wickets, catches, stumpings and appearances for Ealing CC, in whose colours they share just the 175 seasons between them, starting out in the club’s maiden colts match back in 1955, right through to playing as septuagenarians in the early 2010s.

Over the course of their phenomenal, intertwined cricketing journeys, the trio have played their part in Ealing becoming one of the country’s leading clubs, if also one of the unluckiest. However, a record four defeats (and no wins) in the final of the National Club Championship have been somewhat compensated of late by twice winning the National Twenty20 Cup.

There have been 11 Middlesex County Cricket League (MCCL) titles, too, including seven in a row from 2005, although none at first-team level for Bob Fisher, John Lindley or Alan Price – not least because a good chunk of their careers pre-date the formation of the league in 1972. In that inaugural MCCL season’s finale, they had three overs to take South Hampstead’s last wicket and thus earn a share of the title with Hornsey, but it wasn’t to be.

Prior to 1972, Ealing had played competitive friendlies under the auspices of the Club Cricket Conference (CCC), whose fixture bureau ensured a full programme, Saturday and Sunday, throughout the summer, with frequent forays south of the river to Surrey. Then along came league cricket, finally. “The first game was at Stanmore, and it had rained a lot,” recalls Price. “When the first ball pitched, there was a great big splash. You’d never have played a year earlier, but we stayed on because it was new and everyone really wanted to play.”

“To walk off that ground, with three or four thousand people there, knowing we were going to play for Ealing at Lord’s, was very special indeed”

Seven months earlier, the trio had appeared together in the first of Ealing’s National Knockout finals, losing by eight wickets to Blackheath at Lord’s, although Fisher, wicketkeeper and captain of that team, considers the semi-final up in Scarborough to be the high point of his cricketing days: “To walk off that ground, with three or four thousand people there, knowing we were going to play for Ealing at Lord’s, was very special indeed.”

There may have been no first-team league titles for the trio, but there were plenty of Middlesex Cup wins and a long list of representative honours. All three turned out for Middlesex Second XI in the 1960s – Fisher and Price, an off-spinner, receiving second XI caps – but such were the game’s economics back then that they thought better of pursuing a career in the game. Price became an engineer; Fisher went into banking before becoming an executive of an office cleaning business; and Lindley’s first job was working for the media impresario Lew Grade, checking the quality of 16mm film prints before their global distribution. 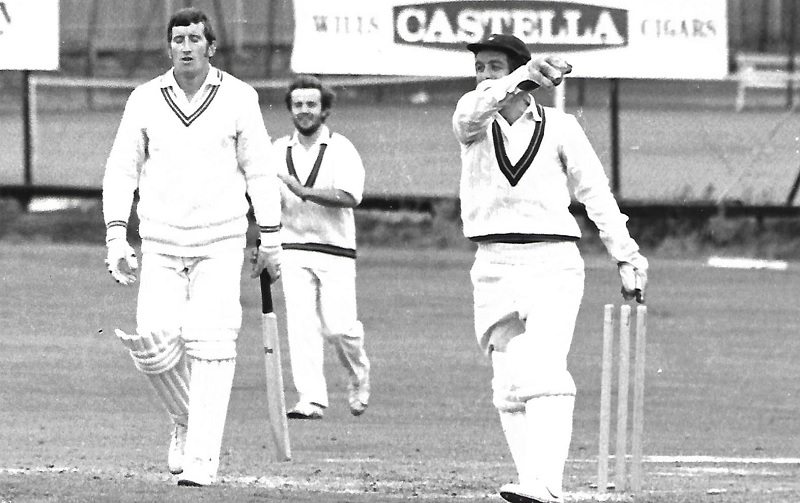 Fisher completes one of his many stumpings

Not that they didn’t each have their highlights for Middlesex Seconds. Lindley’s first two games, both at Ealing, yielded combined figures of 10-86 – “I’m 6ft 4½ and could put it on a length and move it around, and I’ve done that for 63 years,” he says. He took 24 wickets at under 24 apiece, with an economy rate of 2.75, from seven outings.

Fisher, despite “neglecting” his batting down the years, scored a half-century on debut, when following on against Surrey, and Price vividly recalls a game at Canterbury in 1968 when he was sent in as nightwatchman. “Bob Woolmer as bowling his brisk medium-pacers and hit me three balls running on the left thigh in the days when I didn’t wear a thigh pad. When I got up the next morning, I fell straight over. I had no feeling at all in my left leg.”

Their contribution to the Ealing story is – in the deepest, most important sense of love, dedication and the forging of communal bonds – immeasurable.

Price toured Australia with the CCC, too, losing a couple of teeth to former New South Wales paceman, now ICC referee, Steve Barnard: “He had me caught and bowled off the mouth.” All three played regularly for the Middlesex Cricket Union side, the MCCL representative teams and, as the years crept by, in the Middlesex over 50s side.

Having moved to Sherborne in 2003 (which meant a three-and-a-half hour commute, and overnight stay, to appear alongside his cricketing compadres for Ealing Fifths or Sixths), Lindley would play over 60s for Dorset and over 70s for Somerset. And having been picked for an aborted England over 70s tour to Australia – they went to Wales instead – he finally got to play, and win, a veterans match against the old enemy “on a sunny Sunday at Kidderminster”. 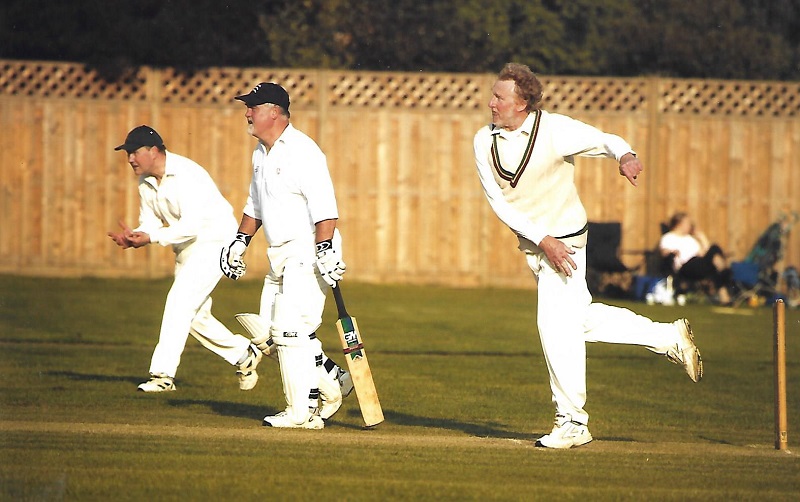 Lindley’s final game of any kind was a corporate Twenty20 on the County Ground, Taunton, at the back-end of the 2018 season, although his last outing for Ealing came in 2014. Price had called time two years earlier, and Fisher a year before that, due to a serious illness to his wife. Their contribution to the Ealing story is – in the deepest, most important sense of love, dedication and the forging of communal bonds – immeasurable, although very precisely measurable in another way. And so to those stats.

Fisher – an off-spinner who became a glove-man after being asked to cover a tired captain/keeper one afternoon –added 1,219 catches and 510 stumpings to his 10,209 Ealing runs, while also enjoying a trio of three-year stints as first-team captain. With his two mates snaring over 7,700 wickets for the club, “caught Fisher bowled Lindley” and “stumped Fisher bowled Price” were not an uncommon scorebook entry.

Ealing’s feelings for these three legends of the club were encapsulated when a commemorative game celebrating their 50th season together was held at Corfton Road in 2004. Each of the MCCL clubs was represented – Mike Gatting, the former Brondesbury batsman (he also played a bit for Middlesex and England), donned the whites – and it was, says Fisher, “a magical occasion”.

This March, in the Long Room at Lord’s, amidst its cricketing ghosts, there will be another such occasion, as Ealing hold a gala dinner to celebrate the club’s 150th year. It has certainly come a long old way since three old friends, Fisher, Lindley and Price, first turned out together against Finchley Colts back in 1955.